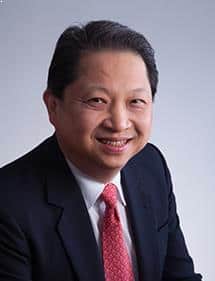 Dr Henry Cheng completed his basic medical degree in the elite University of Malaya in 1982. He finished his specialist training in Singapore and received his postgraduate degree in Obstetrics and Gynaecology from the United Kingdom and the Master of Medicine in Obstetrics and Gynaecology from the National University of Singapore in 1988. He underwent further training in Fetal Medicine with world renowned Fetal Medicine Foundation Founder, Prof Kypros Nicolaides, at the Harris Birthright Research Centre, Kings College Hospital, London in 1990. During his work with Prof Kypros Nicolaides, the research data used and analysed would eventually lay the foundation for the present OSCAR test used internationally for screening of first trimester pregnancies for Down’s syndrome. He did further research work in University College London and the University of Nottingham and had multiple publications from his work. He obtained his Fellowship from the Royal College of Obstetrics and Gynaecology in 2000.

Prior to starting his private practice, he was a senior consultant with the Department of O&G Singapore General Hospital and was head of the Fetal Medicine Division. He was also involved in the teaching and training of medical students, Specialists in training as well as Specialists. He was also actively involved in educating the public in many public forums and talks. During his private practice he has presented papers overseas as well as locally and chaired many scientific meetings. In 2015, he was responsible for setting up the Obstetrics & Gynaecology (O&G) division in Mount Elizabeth Novena Hospital, and he’s currently the chair of the O&G special interest group.

Accredited with Admission Rights to: